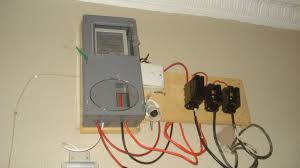 How does a prepaid electricity system work?

Mainly, consumers must first purchase a card that has special numbers on it that can be loaded by credits that will then enable them to use electricity, depending on the credits that were loaded. For them to use more electricity they can just simply load their accounts again and by loading their accounts regularly, they also eliminate the possibility of being disconnected from the electric company. In some places, loading an account directly is impossible, what must be done is for them to go to the electric company’s billing center and pay a cashier who will then load credits onto their accounts giving them the electricity supply that they can then use.

How does a postpaid electricity system work?

A postpaid electricity system is what is commonly used all over the world in terms of electricity usage and electrical bills. A meter is installed that will then measure the usage of electricity that has been used in a household or building. The consumers will then be billed on a monthly basis. If an instance of a consumer was not able to pay his or her bills, then that person will be disconnected from the system and will no longer be able to use electricity.

Of course like any other system, there is always an advantage and a disadvantage. The advantage of having a prepaid system is that the consumers will have control as to when they would want to use electricity and will never have to pay late on bills. The disadvantage in using a prepaid system is that when a possibility like consumers having to forget to load their accounts, they will not have any electricity to use at home and that can be very inconvenient. While the postpaid system, however, guarantees that consumers always have electricity supplies except of course during blackouts.

And because of the meter that was installed and being used to measure the consumer’s electricity usage, personnel from the electric company will come on a regular basis to check the amount of electricity that the consumers have used thus eliminating the effort on checking their own meter reading. The disadvantage of postpaid systems is that it requires an expensive amount of deposit. When deciding to terminate a customer relationship with the electric company, the refund that the company will give back takes long enough.

The Advantages And Disadvantages Of Prepaid Gas And Electricity